‘I’d like the people to know I’m not an animal. Did I cause harm? Yes. Should I be punished? Of course. But do I deserve my human rights? Absolutely I do.’

The Examination is the award-winning production by Brokentalkers exploring mental health and human rights in the prison system. Performed by Brokentalkers’ Gary Keegan and stand-up comedian and former prisoner Willie White.

Featuring Brokentalkers’ distinctive blend of biography, socio-political discourse and breath taking theatricality, The Examination draws on historical research and testimony from current and former prisoners. With powerful imagery and a visceral sound scape, The Examination is an uncompromising and revelatory interrogation of an aspect of society too often ignored.

The Examination is the outcome of a 12-month research period, that saw Brokentalkers’ directors Gary Keegan and Feidlim Cannon hold theatre workshops and interviews with life sentence prisoners and former prisoners in various settings including Mountjoy Prison and PACE Training and Education Services. They have also drawn on wider historical analysis undertaken by Associate Professor Catherine Cox (UCD), with Professor Hilary Marland and Dr Rachel Bennett (University of Warwick).

The Examination is a collaboration with Professor Catherine Cox, as part of the Wellcome Trust Award for Prisoners, Medical Care and Entitlement to Health in England and Ireland, 1850-2000 and is supported by UCD Research. Originally commissioned by UCD School of History.

The Examination Leinster Tour is funded by The Arts Council Touring Award.

★★★★
‘Again and again, ‘The Examination’ pulls the rug out from under you’

Bio:
Brokentalkers are a multi-award winning Dublin based theatre company, led by Co-Artistic Directors Feidlim Cannon and Gary Keegan with Creative Producer Rachel Bergin. Brokentalkers was founded in 2001 by Cannon and Keegan after graduating from De Montfort University in Leicester. For over a decade Brokentalkers have been making formally ambitious work that defies categorization and have built a reputation as one of Ireland’s most innovative and original theatre companies.

Their working method is founded on a collaborative process that draws on the skills and experiences of a large and diverse group of contributors from different disciplines and backgrounds. Some are professional artists, performers, designers and writers and others are people who do not usually work in the theatre but who brings an authenticity to the work that is compelling.

They make work that responds to the contemporary world, using elements such as original writing, dance, classic texts, film, interviews, found materials and music to represent that world in performance. 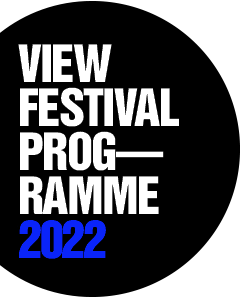 The Making of Pinocchio
Scroll to top