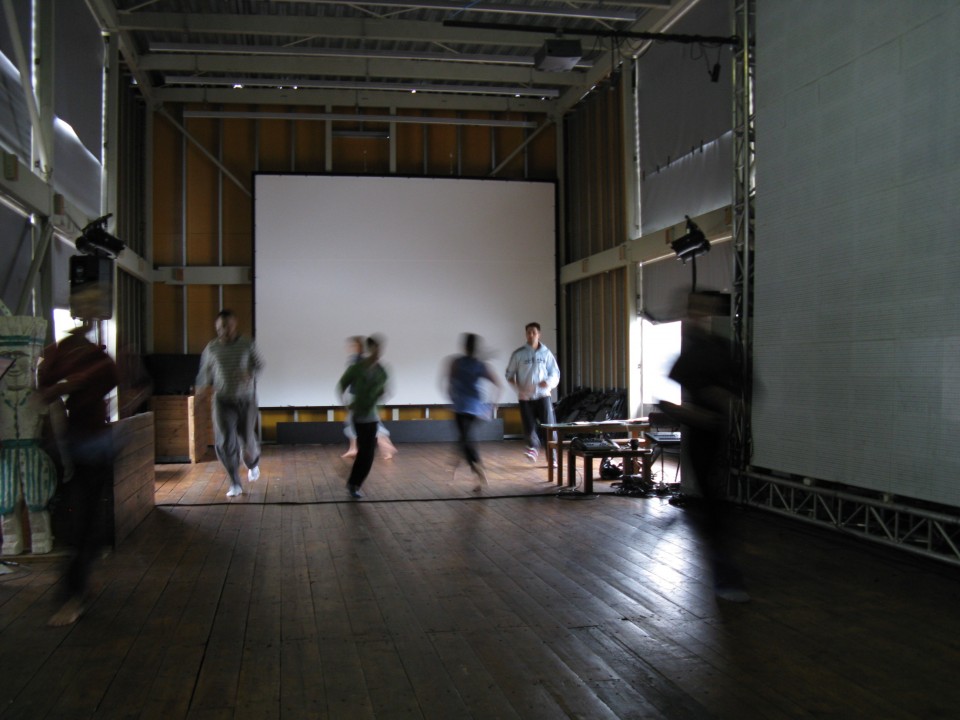 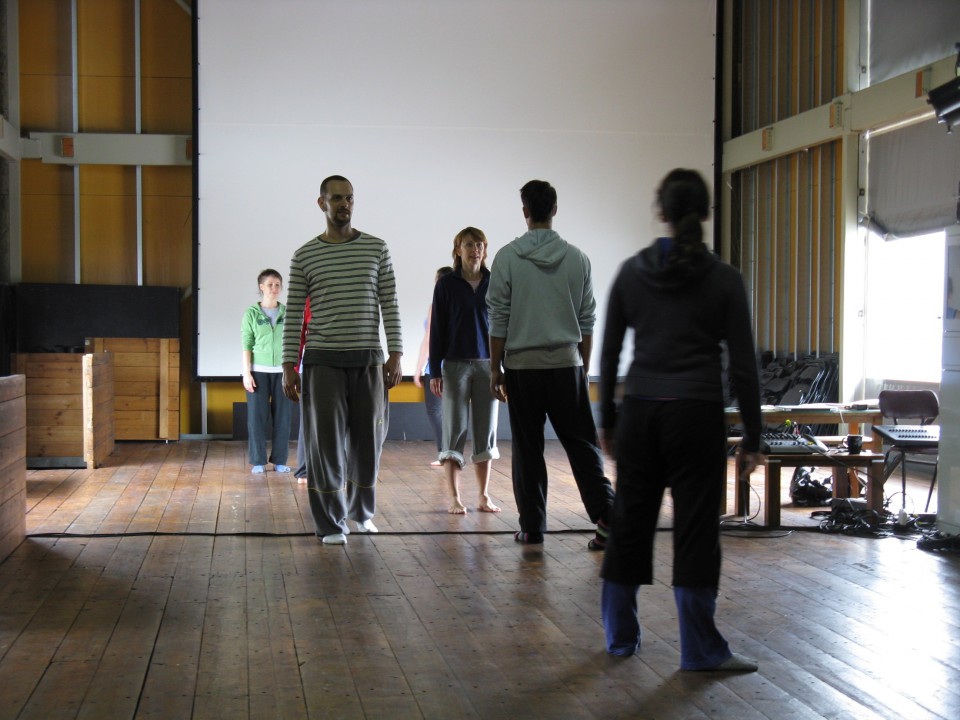 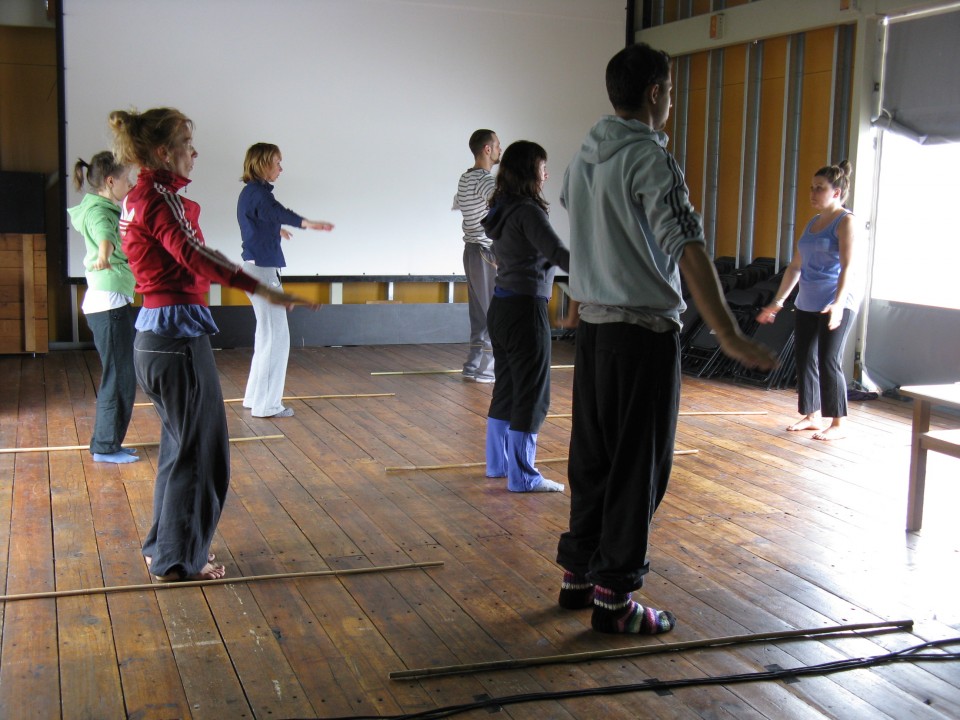 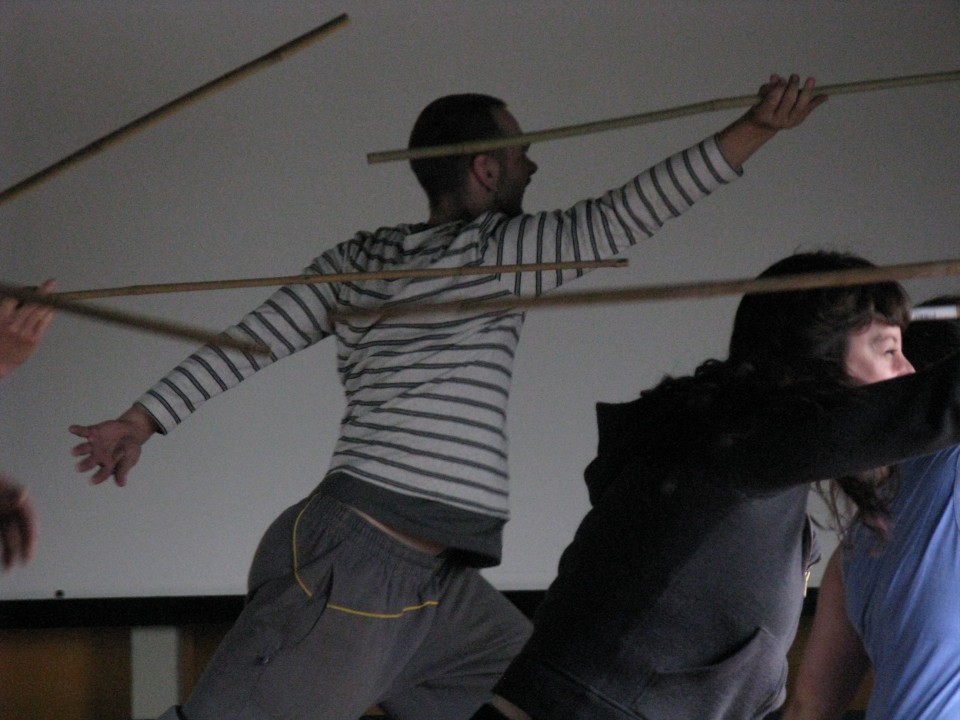 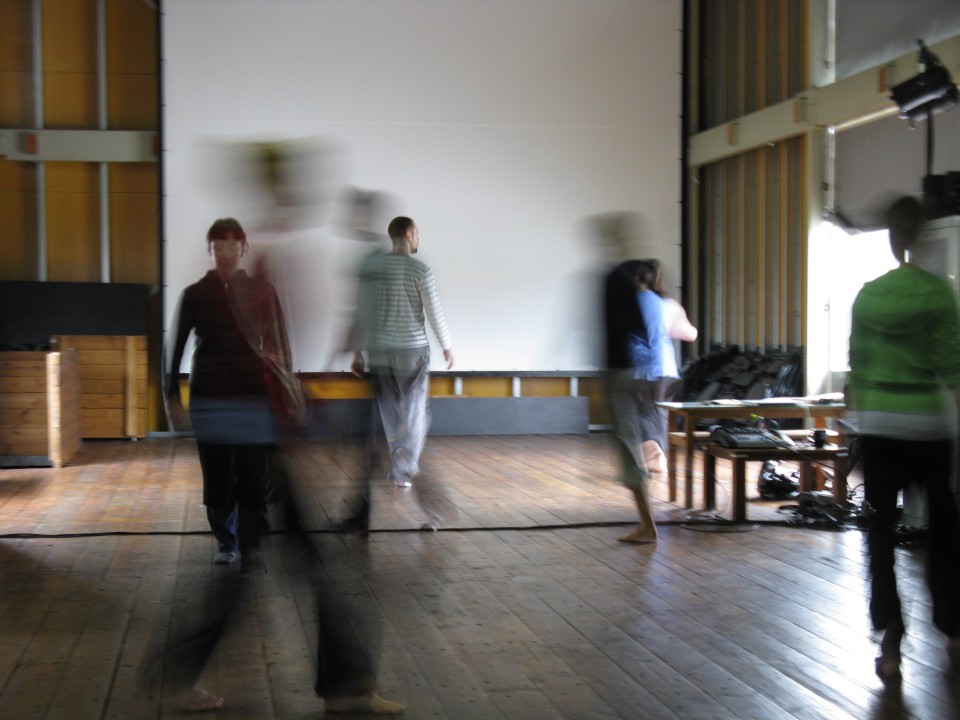 Together We Say Hey has been researched and developed in Riga, Latvia. Both Lynnette and Emma collaborated with six Latvian performers and one historian in the development of the piece. It is a contemporary live performance piece that will come to full fruition in Summer 2013. The final work will consist of a cast of trained dancers, live artists and performance makers. The work will be a live performance piece suitable for presentation in both white spaces and theatre spaces.

The starting point of the piece begins with the ‘city’ as a point of research, in relation to centralised areas, ideological epicenters, and the socio-political ecology/architecture of the city. While also examining the notion of the ‘local’ in our contemporary society and the digitised world. This work examines how the socio-political framework of the city informs the cultural environment both ideologically and physically.

‘I think the city is still the future of humanity…of course the information era may relieve such phenomena but for the sake of efficiency and due to the extent of humanity’s craziness people can’t live without the city’ Ai Weiwei interviewed by Hans Ulrich Obrist; Sustainability – A Post-Olympic Interview; Penguin; 2011

Together We Say Hey examines how we continue to identify ideological epicenters both within the locality of our surroundings; the city and infrastructure, as well as within our physical bodies and in our sense of self. What is this dynamic of physical memory, genetic blueprints that live in the fiber of our body tissue and how do they guide us to the future? How does the landscape of the city and the body inter-relate and what is our intellectual purpose in that relationship? What becomes of the future when access to the ideological epicentre is in jeopardy?

The development of Together We Say Hey is supported by E-Motional Bodies & Cities network, Dance.lv and hosted by NOASS.lv